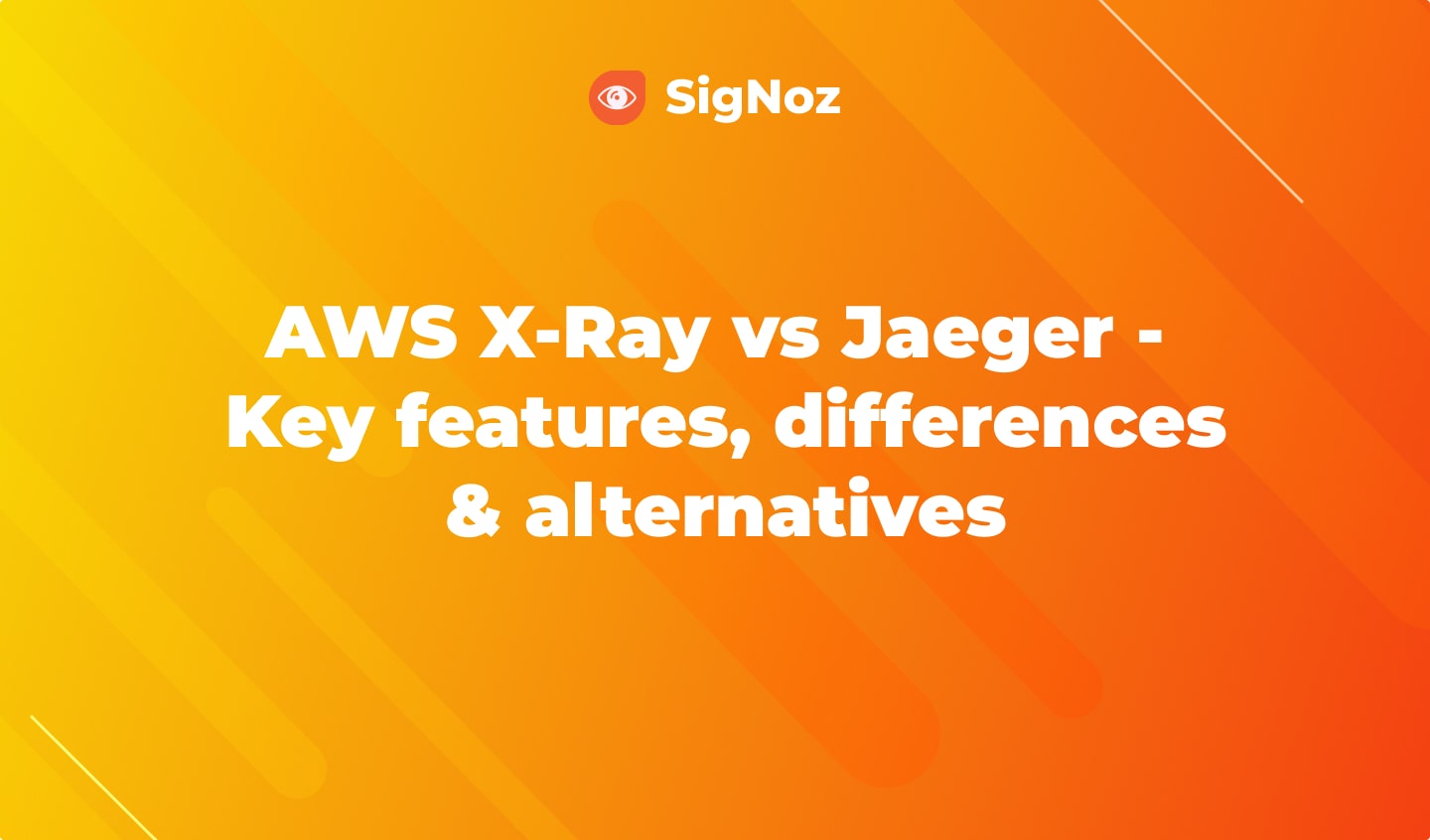 Jaeger is a popular open-source tool that graduated as a project from Cloud Native Computing Foundation. On the other hand, Amazon X-Ray is more suited to an application built on Amazon Cloud Services.

But before we dive into the details of Amazon X-Ray and Jaeger, let's take a short detour to understand distributed tracing.

AWS X-Ray helps developers to analyze and debug distributed applications in production. Using AWS X-Ray, you can identify the root cause of performance issues and errors. Some of the key features of AWS X-Ray includes:

The most important difference between AWS X-Ray and Jaeger is that AWS X-Ray only supports tracing for applications in the AWS cloud ecosystem while Jaeger, an open-source tool, provides a vendor-agnostic way to collect and analyze trace data.

Some of the key differences between AWS X-Ray and Jaeger are:

AWS X-Ray is perfect for users who are building only on the AWS cloud ecosystem. But with distributed teams and multi-language tech architecture, you might use different cloud vendors and pieces outside the AWS ecosystem. So it makes more sense to use an open-source solution for setting up distributed tracing.

That's where SigNoz comes into the picture. It provides a full-stack open-source performance monitoring platform.

SigNoz is a full-stack open-source application performance monitoring and observability tool which can be used in place of AWS X-Ray and Jaeger. It provides advanced distributed tracing capabilities along with metrics under a single dashboard.

SigNoz is built to support OpenTelemetry natively. OpenTelemetry is becoming the world standard for generating and managing telemetry data (Logs, metrics and traces). It also provides users flexibility in terms of storage. You can choose between ClickHouse or Kafka + Druid as your backend storage while installing SigNoz.