Both Jaeger and Prometheus are popular open-source application performance monitoring tools. While Jaeger is an end-to-end distributed tracing tool, Prometheus is used as a time-series database for monitoring metrics. Let's dive in to explore their key features and differences. 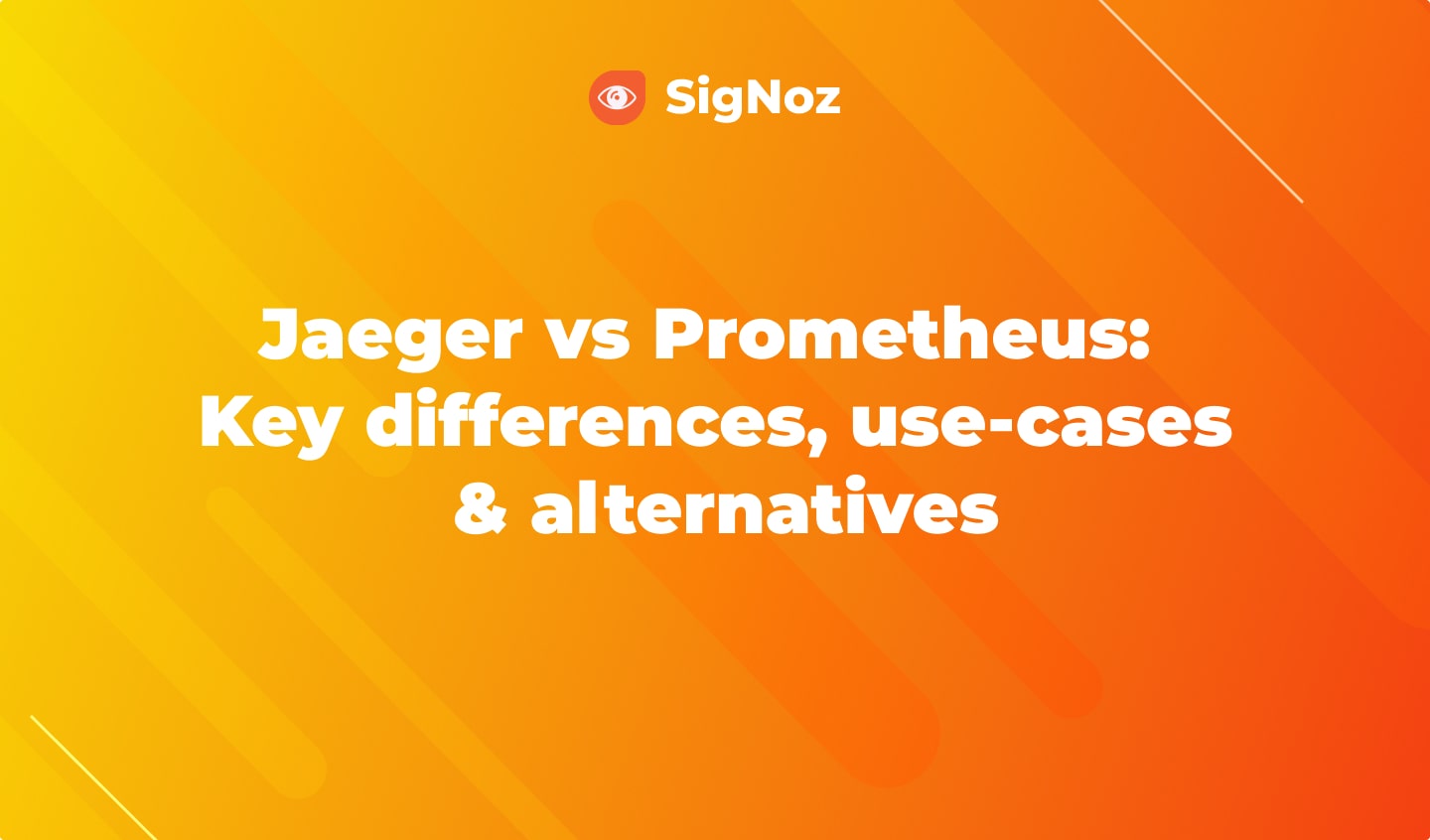 Application performance monitoring is the key to keep your system's health in check. In today's digital economy, no business can afford to have failed or delayed completion of user requests. Latencies of a few milliseconds can lead to lost business opportunities running in millions. Distributed tracing and metrics monitoring are both important for setting up a robust monitoring framework for your application.

Jaeger and Prometheus are both popular open-source projects under Cloud Native Computing Foundation. While Jaeger is focused on providing distributed tracing for microservice architecture, Prometheus is famous as time-series metrics monitoring tool.

Distributed tracing gives you insights into how user requests are performing across different services. Metrics provide insights into the behavior and health of your systems, especially when analyzed in aggregate. Metrics can be of any type, like host-based metrics, application metrics, and network and connectivity metrics.

Now that you understand a little bit about distributed tracing and metrics monitoring let us look at the features of Jaeger and Prometheus in detail.

Prometheus was initially developed at SoundCloud in 2012 before being released as an open-source project. It got accepted into the CloudNative Computing Foundation in 2016 and was the second project to graduate from the foundation, following Kubernetes.

Prometheus enables you to capture time-series data as metrics. These metrics can be aggregated to give insights into the behavior of our systems. Some of the key features of Prometheus includes:

Summarizing the key differences between Jaeger and Prometheus:

The issue with both tools is that they are limited to particular use-cases of distributed tracing and metrics monitoring. But for a robust monitoring framework, you need both metrics and traces. Engineering teams need to resolve issues fast, and they need access to a unified view of metrics and traces. That's where SigNoz comes into the picture.

Alternative to Jaeger and Prometheus - SigNoz#

SigNoz is a full-stack open-source application performance monitoring and observability tool which can be used in place of Jaeger and Prometheus. It provides advanced distributed tracing capabilities along with metrics under a single dashboard.

SigNoz is built to support OpenTelemetry natively. OpenTelemetry is becoming the world standard for generating and managing telemetry data (Logs, metrics and traces). It also provides users flexibility in terms of storage. You can choose between ClickHouse or Kafka + Druid as your backend storage while installing SigNoz.