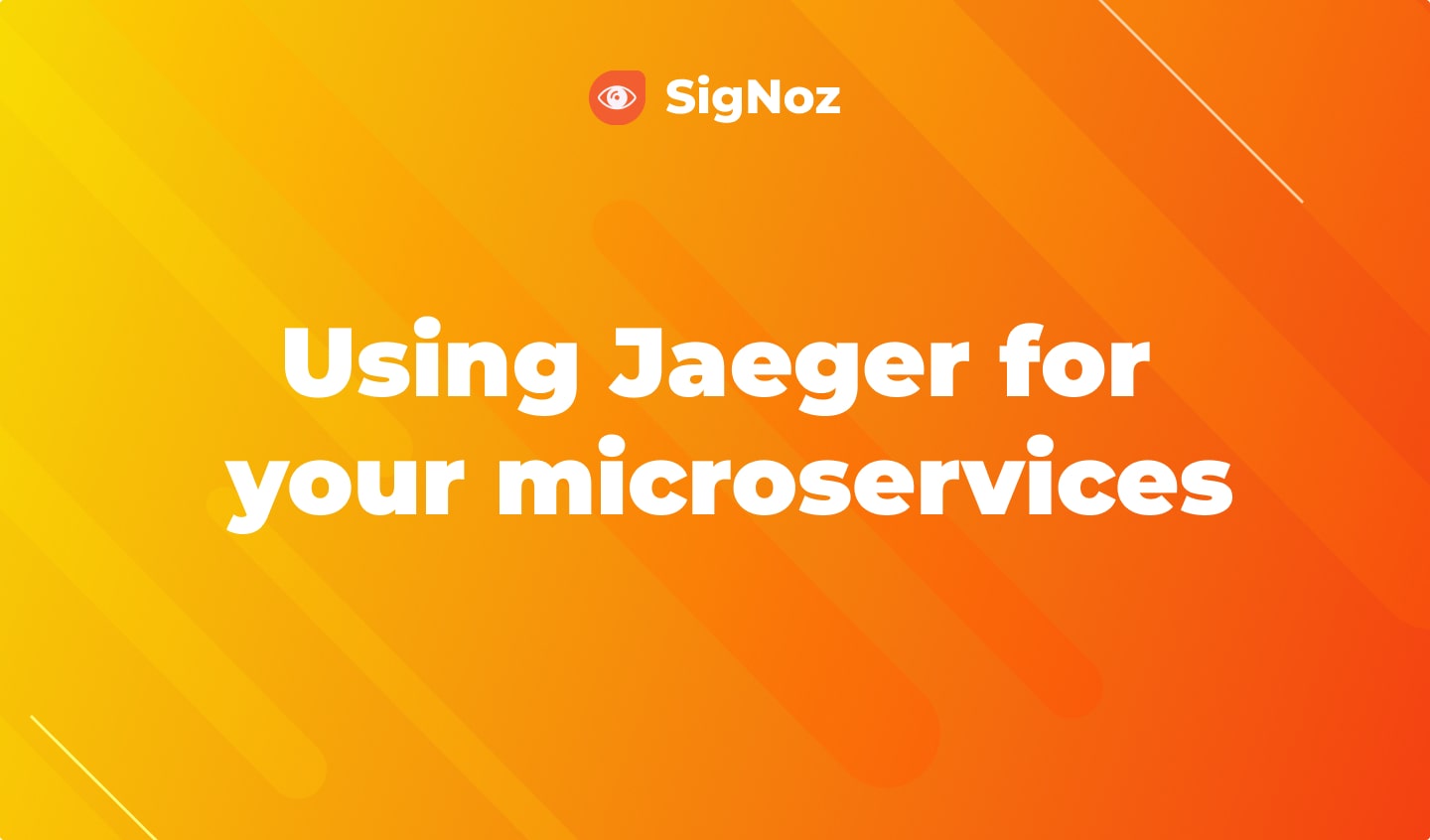 Jaeger is a distributed tracing tool meant to monitor and troubleshoot transactions in a microservice architecture. It was developed by teams at Uber and then open-sourced in 2015. It was accepted as a Cloud Native Computing Foundation (CNCF) Incubation project in 2017 and was promoted to graduate status in 2019.

With Jaeger you can generate and visualize trace data, which gives you an idea of how your requests are performing across services.

How does Jaeger track transactions across a microservice architecture?#

The four key components are:

SigNoz - a Jaeger alternative for microservices#

SigNoz also provides users flexibility in terms of data storage.You can choose between ClickHouse or Kafka + Druid as your backend storage while installing SigNoz. Both are industry-proven and highly scalable databases.