Both Grafana Tempo and Jaeger are tools aimed at distributed tracing for microservice architecture. Jaeger was released as an open-source project by Uber in 2015, while Tempo is a newer product announced in October 2020. 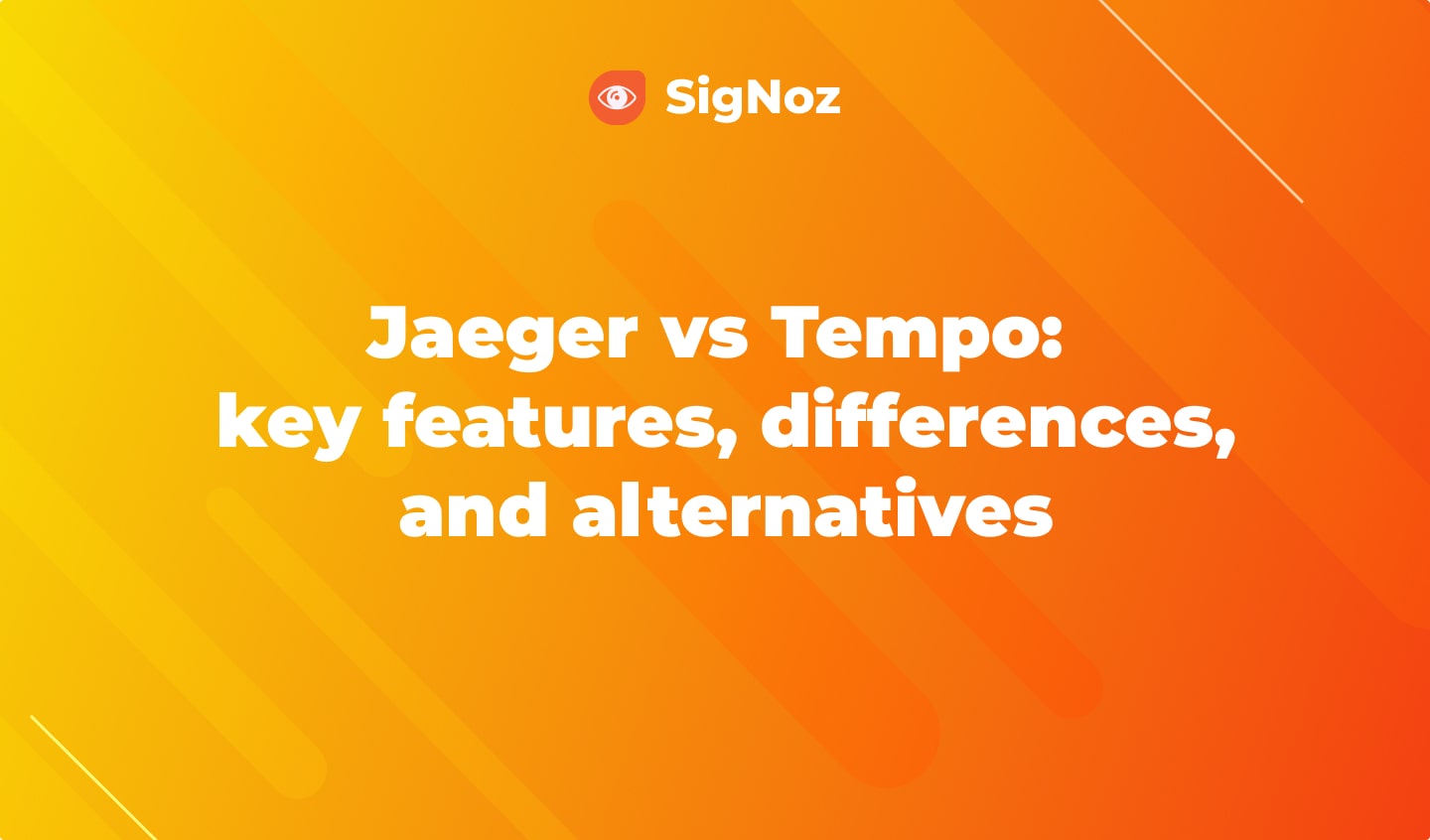 Jaeger is a popular open-source tool that graduated as a project from Cloud Native Computing Foundation. Grafana Tempo is a high-volume distributed tracing tool deeply integrated with other open-source tools like Prometheus and Loki.

But before we dive into the details of Jaeger and Grafana Tempo, let's take a short detour to understand distributed tracing.

Architecture of Jaeger and Grafana Tempo#

Jaeger and Grafana Tempo are somewhat similar, with the only difference being in their backend storage.

Grafana Tempo was built to avoid the maintenance that is required to run databases like Cassandra and ElasticSearch. It has the following components in its architecture:

There are four major components to a distributed tracing tool:

Grafana Tempo has Grafana agents, which are deployed close to the application. It quickly offloads traces from the application and performs functions like trace batching and backend routing.

Grafana Tempo has its own custom TempoDB for storing trace data. TempoDB supports S3, GCS, Azure, local file systems, and optionally can use Memcached or Redis for increased query performance.

Both Jaeger and Grafana Tempo are strong contenders when it comes to a distributed tracing tool. But are traces enough to solve all performance issues of a modern distributed application? The answer is no. You also need metrics and a way to correlate metrics with traces within a single dashboard. You also need out-of-the-box data visualization that will enable engineering teams to resolve issues faster.

SigNoz is a full-stack open-source application performance monitoring and observability tool which can be used in place of Grafana Tempo and Jaeger. It provides advanced distributed tracing capabilities along with metrics under a single dashboard.

SigNoz is built to support OpenTelemetry natively. OpenTelemetry is becoming the world standard for generating and managing telemetry data (Logs, metrics, and traces). It also provides users flexibility in terms of storage. You can choose between ClickHouse or Kafka + Druid as your backend storage while installing SigNoz.

Getting started with SigNoz#

If you have docker installed, getting started with SigNoz just takes three easy steps at the command line:

You can read more about deploying SigNoz from its documentation.