Distributed tracing is becoming a critical component of any application's performance monitoring stack. However, setting it up in-house is an arduous task, and that's why many companies prefer outside tools. Jaeger and Zipkin are two popular open-source projects used for end-to-end distributed tracing. Let us explore their key differences in this article. 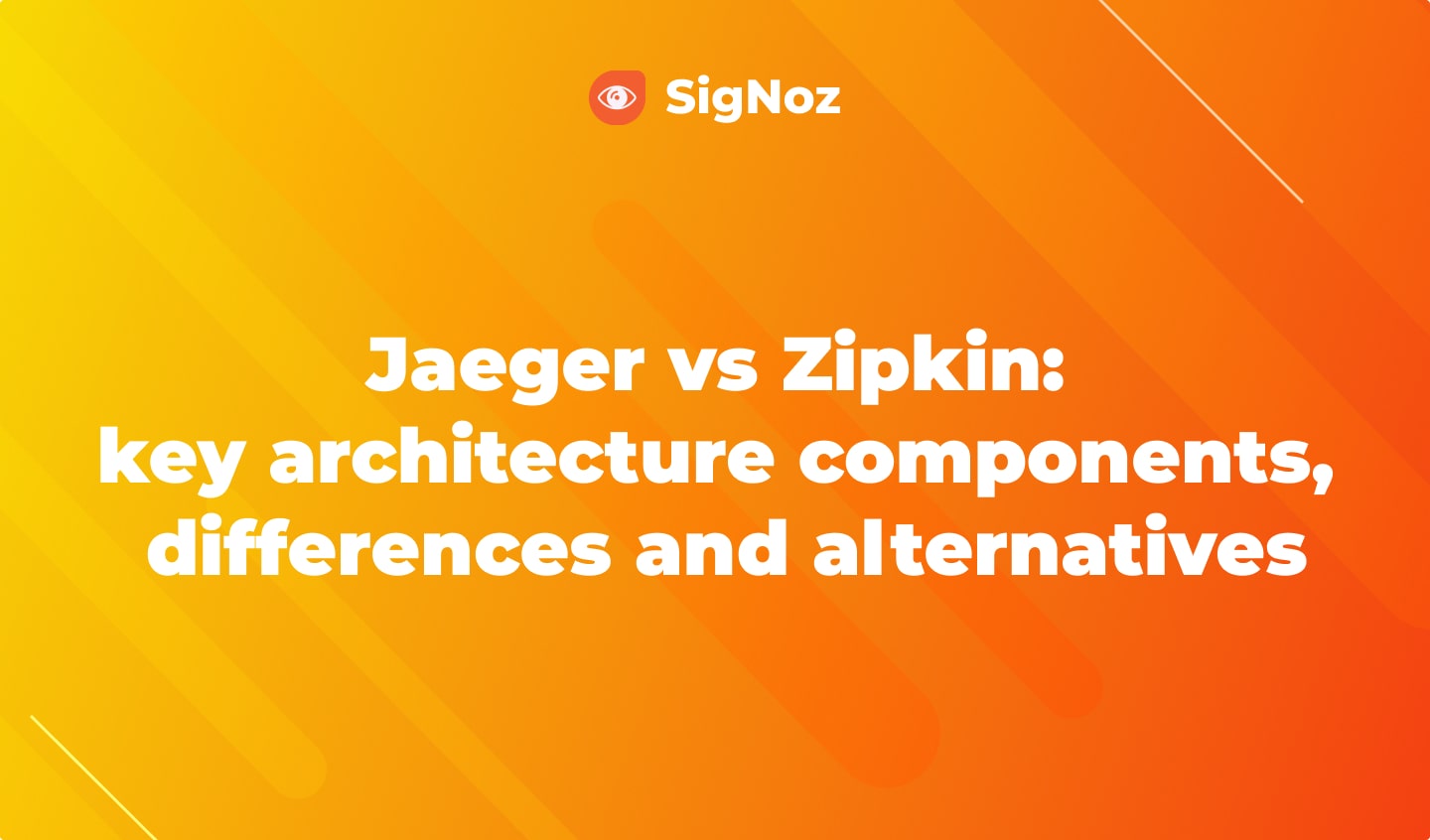 Before we dive into the differences between Jaeger and Zipkin, let's take a short detour to understand distributed tracing.

Instrumentation is the process of generating telemetry data(logs, metrics, and traces) from an application code. Both Jaeger and Zipkin provide language-specific instrumentation libraries. Instrumentation enables a service to create spans on incoming requests and to attach context information on outgoing requests.

Key points to note about instrumentation libraries of Jaeger and Zipkin:

Telemetry data collected by the instrumentation libraries are sent to a collector in both Jaeger and Zipkin. Jaeger's collectors validate traces, index them, perform any transformations, and finally stores them. Zipkin collector too validates and indexes the collected trace data for lookups.

Zipkin provides a JSON API for finding and retrieving traces. Jaeger provides stateless service API endpoints which are typically run behind a load balancer, such as NGINX.

The consumer of the query service is a Web UI in both Jaeger and Zipkin, which is used to visualize trace data by a user.

Zipkin was originally built to store data in Cassandra, but it later started supporting Elasticsearch and MySQL too.

Jaeger and Zipkin have a lot of similarities in their architecture. Though Zipkin is an older project, Jaeger has a more modern and scalable design. Let us summarize the key differences between Jaeger and Zipkin in the following points:

Both Jaeger and Zipkin are strong contenders when it comes to a distributed tracing tool. But are traces enough to solve all performance issues of a modern distributed application? The answer is no. You also need metrics and a way to correlate metrics with traces with a single dashboard. Most SaaS vendors provide both metrics and traces under a single pane of glass. But the beauty of Jaeger and Zipkin is that they are open-source. What if an open-source solution does both and comes with a great web UI with actionable insights for your engineering teams?

A better to alternative to Jaeger and Zipkin - SigNoz#

SigNoz is a full-stack open-source application performance monitoring and observability tool which can be used in place of Jaeger and Zipkin. It provides advanced distributed tracing capabilities along with metrics under a single dashboard.

SigNoz is built to support OpenTelemetry natively. It also provides users flexibility in terms of storage. You can choose between ClickHouse or Kafka + Druid as your backend storage while installing SigNoz.